Kagome Co., Ltd. (President: Naoyuki Terada) and Manchester United Football Club of the Barclays Premier League (hereafter referred to as “Manchester United”) will be continuing their collaborative Re:Generation Challenge Project into FY2014. The first Project activity in FY2014 will be the Kagome & Manchester United Tohoku Soccer School, which will be held between March 28 and April 2, 2014 in Fukushima Prefecture, Miyagi Prefecture and Iwate Prefecture.

Kagome and Manchester United are united in our shared desire to contribute to society through self-motivated activities based on the concept of “the bonds of mutual assistance.”* Reflecting this stance, in March 2013 we launched the collaborative Re:Generation Challenge Project, aimed at supporting the regeneration of the Tohoku region of Japan, which was severely affected by the 2011 Great Eastern Japan Earthquake and Tsunami. Working closely together, our two companies implemented a series of activities over a period of one year. As a result, children living in difficult circumstances in the areas affected by the disaster, and their parents and guardians, have had the opportunity to experience supporting activities involving Manchester United, one of the world’s leading professional soccer clubs.

On March 11, 2014, it will be three years since the Great Eastern Japan Earthquake and Tsunami of 2011. There is still a long way to go before the areas affected by the disaster will have recovered, and with the increase in the number of families where both parents are having to go out to work, as well as the shortage of permanent sporting and exercise facilities, new health problems are also starting to emerge in these areas. Recognizing that the work of regeneration in the Tohoku region is still only just beginning, in FY2014 Kagome and Manchester United will be implementing an expanded Re:Generation Challenge Project 2014.

The first phase of the 2014 Project is the Manchester United Tohoku Soccer School (an activity which was also held in March 2013), which is being held in Fukushima Prefecture, Miyagi Prefecture and Iwate Prefecture from March 28 to April 2, 2014. This year, the activity is also being sponsored by the Manchester United Foundation, and the number of participants will be double the figure for 2013, at 320 participating children. The aim is to give as many children as possible – including soccer enthusiasts who dream about playing for Manchester United when they grow up, but also kids who have never played soccer before in their life – the special opportunity to experience real Manchester United style training.

The second phase of the Project will involve Kagome and Manchester United working together to provide ongoing, continued support for the cultivation of the children who represent the Tohoku region’s future. A further announcement will be made once the details have been finalized.

In the future, Kagome – which is committed to “the wellbeing and long life of people and society” – will continue to work with Manchester United – a team that enjoys an overwhelming level of support throughout the world – to implement activities aimed at supporting the effort needed to help the people living in disaster areas in Tohoku to rebuild their lives, together with activities to help ensure that people in Japan, and in other parts of the world, do not forget the Great Eastern Japan Earthquake and Tsunami.

*”The bonds of mutual assistance”: This concept denotes a state in which the value provided by oneself is tied into a mutual “shared value” as something of value to the receiver

Phase 2: Activities to Support the Cultivation of the Human Talent that Represents Tohoku’s Future

*More details will be announced at a later date.

*Besides Phases 1 and 2, we will also be planning and implementing other activities intended to support the revitalization of districts in Tohoku affected by the Great Eastern Japan Earthquake and Tsunami. 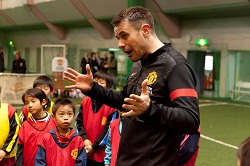 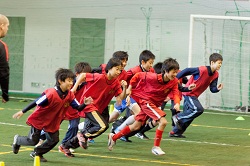 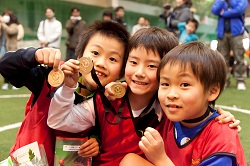 ◇ 250 elementary school children from areas affected by the Great Eastern Japan Earthquake and their parents/guardians (a total of 500 people) were specially invited to attend the match. 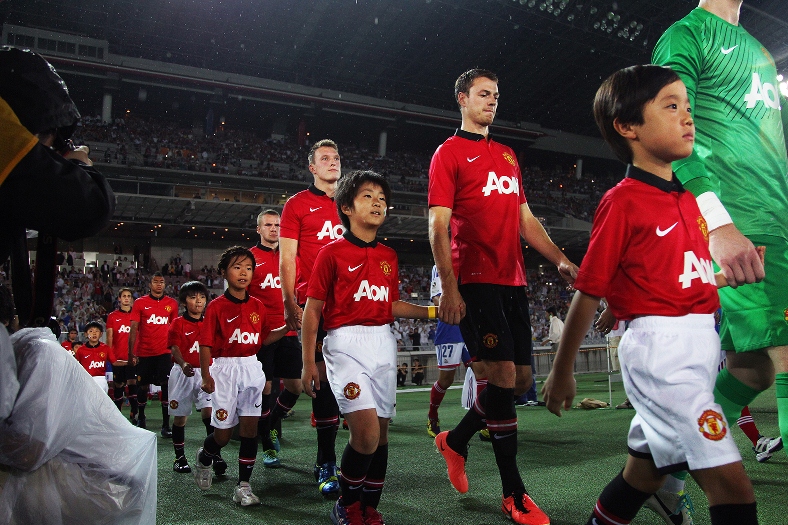 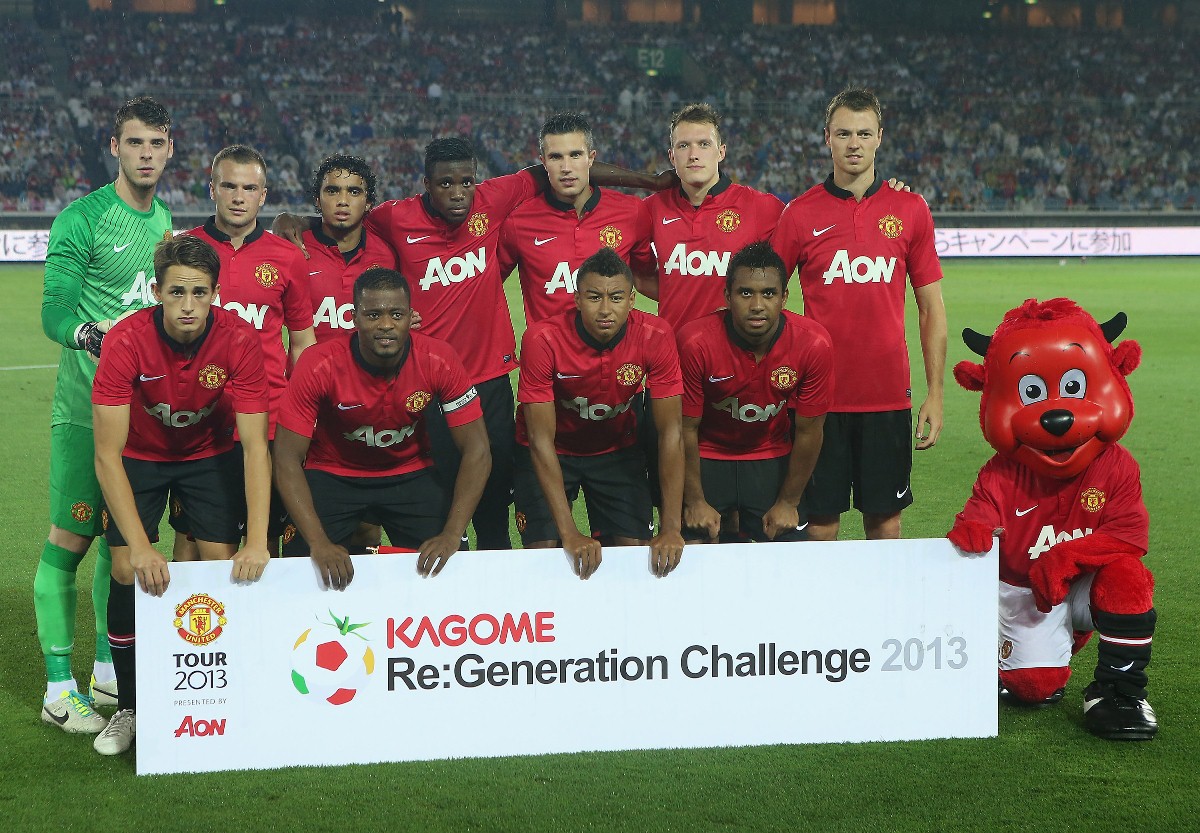 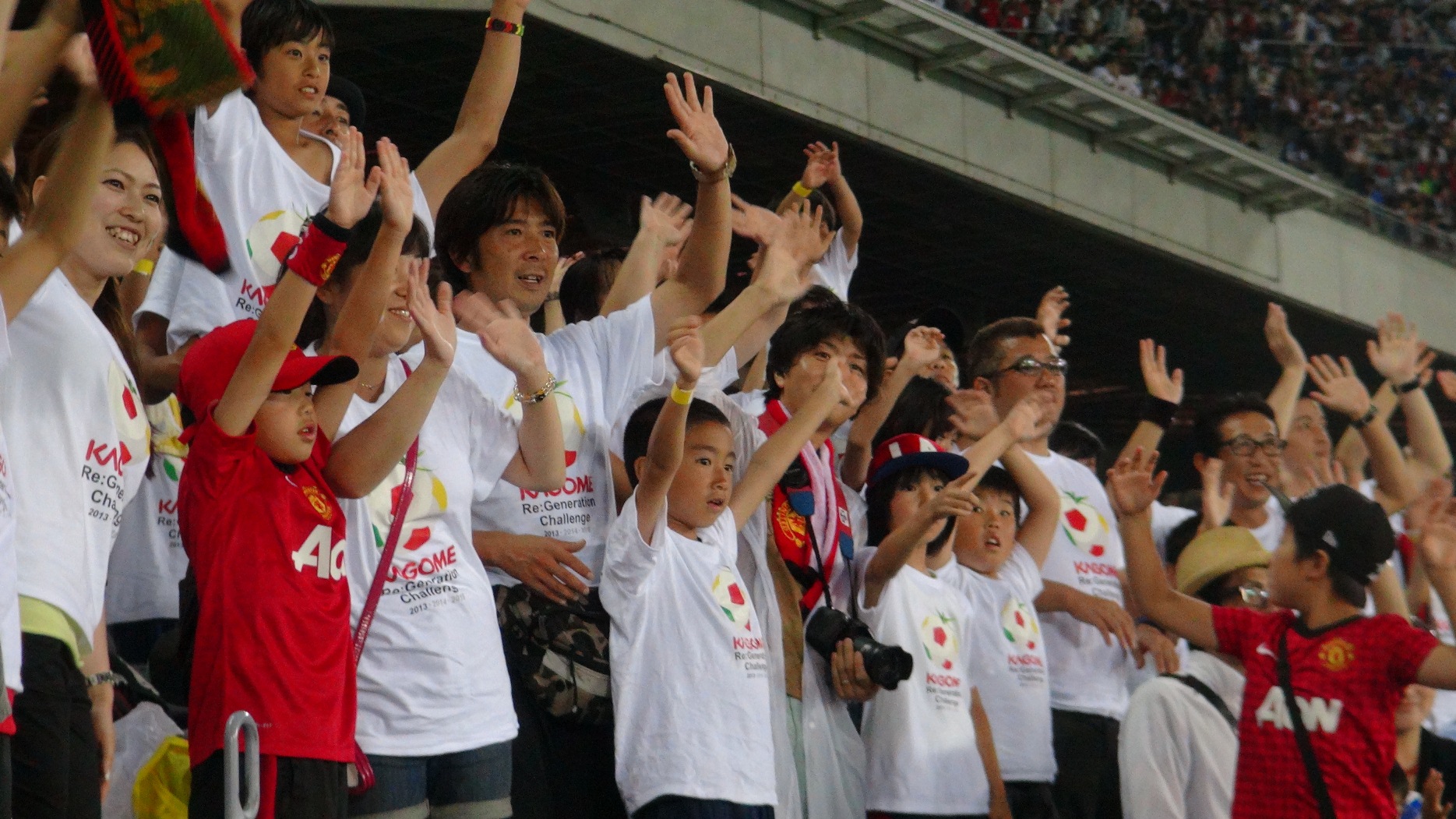 Phase 3: Sending out a message of Support for Tohoku to Japan and to the World through Manchester United

Kagome was founded in 1899, starting from the day the founder, Ichitaro KANIE, successfully germinated the first tomato plant in Japan. Ichitaro then increased tomato cultivation and expanded into tomato processing to make tomato sauce, ketchup, and juice, etc., building the foundations of Kagome as it is today. For over 110 years, Kagome has led the way in tomato processing in Japan, having developed over 7500 varieties of tomato seeds, and with a comprehensive supply chain covering every stage from the development of new tomato types, through cultivation and materials procurement, to processing and manufacturing; Kagome is universally acknowledged as the leader in this field in Japan. Kagome also provides a wide-ranging lineup of fruit- and vegetable-based drinks and food products and is currently a leading company in the Japanese beverage market with products such as "Yasaiseikatsu 100" (mixed fruit & vegetable juice) and LABRE (plant lactobacillus drink). Kagome’s intention is to support a healthy and active lifestyle with its products. “True to Nature, the Flavor of Kagome”: this is the Kagome promise to customers. We hope to contribute to the wellbeing and longevity of people around the world by providing products that maximize the benefits of nature’s bounty. In addition, reflecting Kagome’s corporate philosophy that the company should grow in tandem with society as a whole, Kagome is actively involved with programs aimed at the revitalization of agriculture and with activities  designed to aid in the regeneration of the Tohoku area.

Manchester United is one of the most popular and successful sports teams in the world, playing one of the most popular spectator sports on Earth. Through our 135-year heritage we have won 61 trophies, enabling us to develop the world’s leading sports brand and a global community of 659 million followers. Our large, passionate community provides Manchester United with a worldwide platform to generate significant revenue from multiple sources, including sponsorship, merchandising, product licensing, new media & mobile, broadcasting and match day.